“From training to events, we’re always striving to help players & teams take their skill & overall development to the next level,” says Rico Grier, co-Founder of Best of Both Worlds Basketball (BOBW) Events, “The Storm broadcast slate we’ll partner with SUVtv on is an extension of that goal given some of the high level basketball that will be featured in the lineup.”

Mikey Williams' move to North Carolina comes in response to COVID-19 forcing California lawmakers to push back the start of high school sports. He joins a Lake Norman Christian team that went 31-2 en route to a CSAA Championship last season. The Storm bring a talented roster into the season, including sophomore guard, Trey Green, and junior forwards Joyful Hawkins and Shane Fernald at 6’9” and 6’7 respectively. Seniors Jonathan Kurtas (6’10”) and Army-commit, AJ Allenspach (6’8”), round out the intriguing lineup.

“We look forward to working with the BOBW brand and Zon Sports while serving as the flagship streaming platform for Storm Basketball this season,” says Marques Burnett, Founder & CEO of SUVtv, “The broadcast lineup features a nice collection of marquee talent, must-see matchups, and exposure opportunities for players via live stream.”

Storm Basketball in partnership with BOBW events joins YPSI Prep, the Atlanta Hawks, the Naismith Trophy, Holiday Hoopsgiving, Flyin’ To The Hoop, CP3 Rising Stars Camp, AEBL, The Skill Factory and more on the list of SUVtv partners and programming. Basketball fans will be able to watch live and on-demand with a subscription to a premium broadcast pass on theSUVtv.com as well as the SUVtv app on Amazon Fire TV, Roku, Apple TV, and Android TV.

Best of Both Worlds is a basketball training resource committed to helping players maximize their performance on and off the court. BOBW does this through a combination of skill development, special events & programming, and mentorship as part of its BOBW Cares initiative. To learn more about BOBW Events, visit www.BOBWbasketballevents.com

As the content arm of The Sports Utility Vehicle (SUV), SUVtv is an Atlanta-based broadcast and original content platform providing thousands of live streams and archives for basketball fans. The SUVtv pipeline of content includes over 10,000 hours of premium hoops content that spans from grassroots to professional levels. For more information, visit www.theSUVtv.com 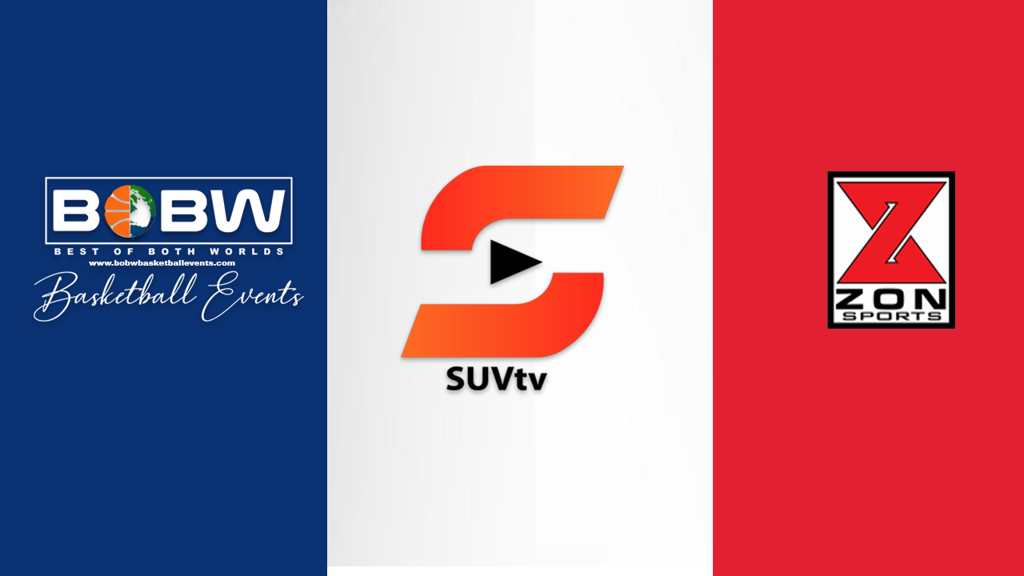 Other SUVtv events and articles...