Heading into its third year, the Atlanta Hawks-Naismith Classic series was created to celebrate high school hoops in Georgia. From the matchups and excitement on the floor to the youth camp element and video board onsite, the atmosphere helped set the tone for an even bigger impact this year.

The Atlanta Hawks Basketball Club and The Atlanta Tipoff Club, administrators of the national Naismith Awards, will now host two events this season. The first of the two showcases was the Hawks-Naismith Tipoff Classic that took place at Pace Academy on November 15-16,. Part 2 of 2 will be this week's Hawks-Naismith Holiday Classic, hosted at Norcross High School on December 13-14.

After the two Atlanta basketball mainstays teamed up to host the inaugural Hawks-Naismith Classic at Norcross High School back in 2017. The expansion to two events in 2018 led to 50 percent growth in participation, with 10 counties represented between the two showcases.

“The Atlanta Tipoff club is proud to partner with the Atlanta Hawks to showcase some of the top basketball programs throughout the state of Georgia,” said Eric Oberman, executive director of the Atlanta Tipoff Club. “The Hawks-Naismith showcase events will provide basketball fans a forum to gather and celebrate the growth of the sport in Atlanta.”
In addition to top talent from across the state in both boys’ and girls’ basketball, both events will host family-friendly activities, a unique Game Day Live set, free Jr. Hawks Youth Basketball Clinics, halftime entertainment and appearances by Hawks Alumni, Harry the Hawk and the Hawks ATL Dancers.

Every second of game action will be available for live streaming via SUVtv. Visit theSUVtv.com for more information.

"The Atlanta Hawks and Atlanta Tipoff club are embedded in the fabric of Georgia high school basketball", says SUVtv Founder, Marques Burnett. "We look forward to our role of bringing the Hawks-Naismith Classics to those who can't make it."

Additional updates and information can be found by visiting HawksNaismith.com or by following @hawksnaismith on Twitter. 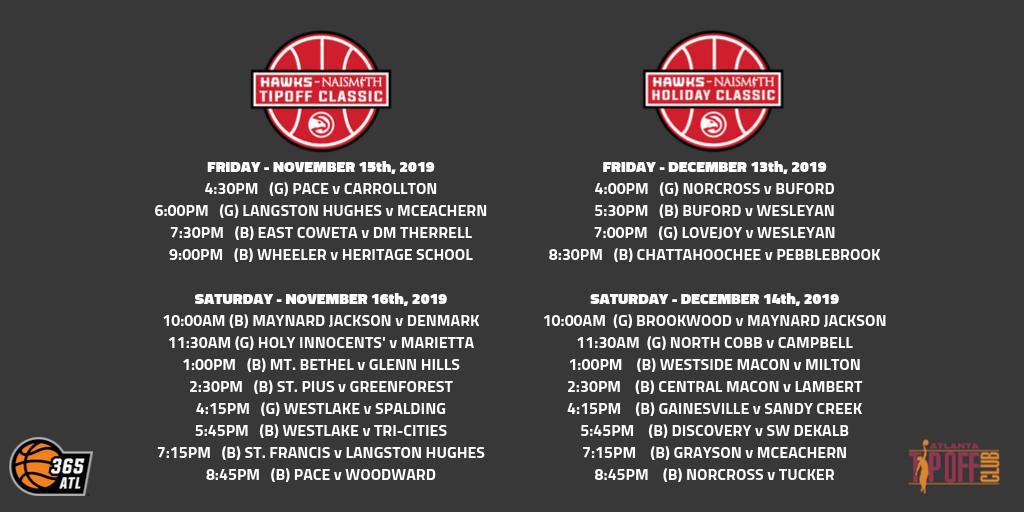 Other SUVtv events and articles...

Tag(s): Watch Live Events  Watch On Demand  About  Contact Us